At a typical baseball practice in 2017, if you didn’t find Ryan on the field shagging flyballs or scooping groundballs, you could likely see his hockey hair flowing out of his “NB” hat as he stood next to coaches challenging them to identify the group or band of the songs playing on the stadium speakers faster than he could.

Ryan Byrkit graduated in 2017, and is currently attending the University of Minnesota – Duluth studying in their Environmental program.  He hopes to get into the Minnesota – DNR, or somewhere out West.  He’s enjoying the coursework, as he gets to canoe, camp, and fat-tire bike in the Boundary Waters.

Byrkit played first base, starting part way through his sophomore season until an injury forced him to miss the playoffs.  He was a big part of the 2016 team when the Vikings finished 12-14, but advanced as Section 7AAA champions and into the State Tournament.  And, even though he says he didn’t want the ball hit his way, he provided confidence for the other infielders as his versatility and willingness to scoop balls in the dirt at first base gave them assurance that any throw would likely get outs.  “The best lesson that I learned from baseball was that you can never be ready for where the baseball is gonna be but you have to prepare yourself in order to put the odds in your favor.” 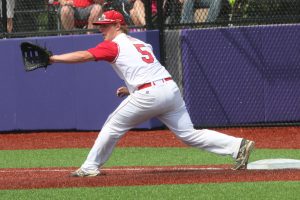 Ryan holds a few records at NBAHS, and even tied one at the state level with the MSHSL.  He’s tied at the second spot with Hits in a Season (31) in 2016 and tied at 10th for 2017 with 21.  That places him 4th in his career at 61.  He also achieved a 4-hit game twice in 2016, once each versus Zimmerman and St. Francis.  The 4-hit game in St. Francis is what has Byrkit in the Minnesota State record books, as all 4 of his hits were doubles.  Those doubles led to his number 1 ranking in school for Doubles in a Season with 12 and second overall (behind Tony Dahlberg) with 20 in his career. 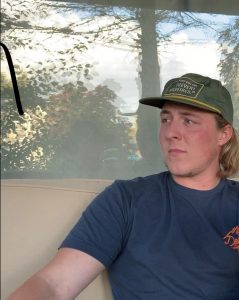 Ryan accrued quite a few All-Conference and Section selections for both his play on the diamond, and his prowess on the ice, playing hockey for the Vikings as well.  His chatter on the field also played well with his involvement at the High School’s production of school news episodes in ‘The Vibe.’

While Ryan still is still attending college, he does have some advice for anyone working to improve themselves.  “Practice, practice, practice if you want to accomplish great things and/or have fun while you are doing it.”