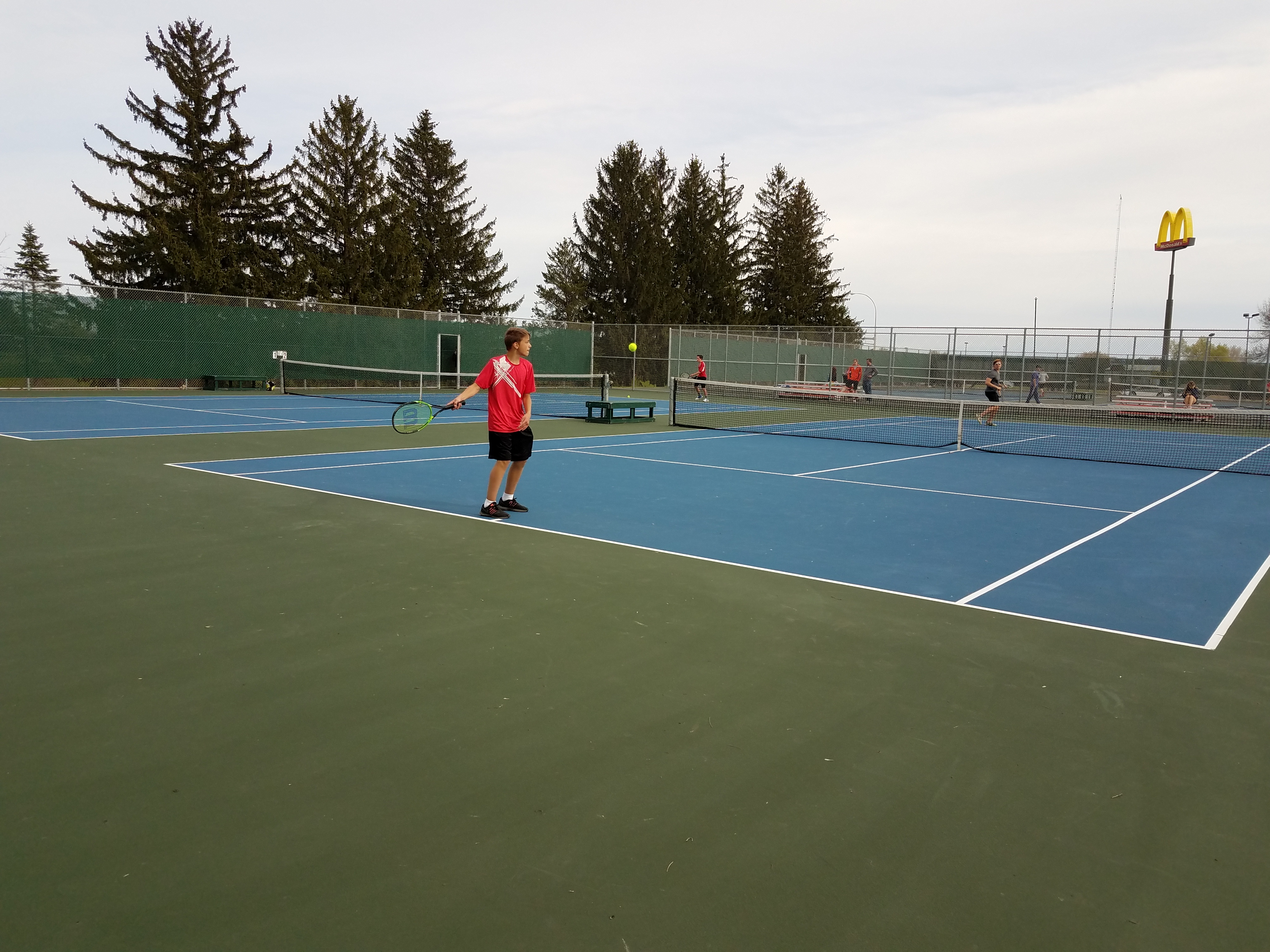 The Vikings traveled to Princeton Monday to take on the Tigers for a Section 7 and Mississippi 8 conference match. It was a beautiful day for tennis, and the action on the court proved to be intense. In Singles, Bradey Swanson played tough, pushing his opponent to three sets before losing in the third 3-6. John Paul Rossini fought in a battle, splitting the first two sets before finally winning in a third set tiebreak 10-7. Josh Newman found the victory in his first varsity match of the year, winning in straight sets. In Doubles, great play was the name of the game as the Vikings swept. George Blackwell partnered with Thomas Wurdemann for the day, and the two powered their way to a 6-0, 6-1 win. Tanner Wilmet and Koby Chouinard also won in straight sets, winning 6-1, 6-3. Finally Gabe Zderad and Reed Malterud found the victory circle, winning 6-2, 6-1. A conference and section win was a great way to start off a long week of tennis, and the boys were riding high on the way back to North Branch.