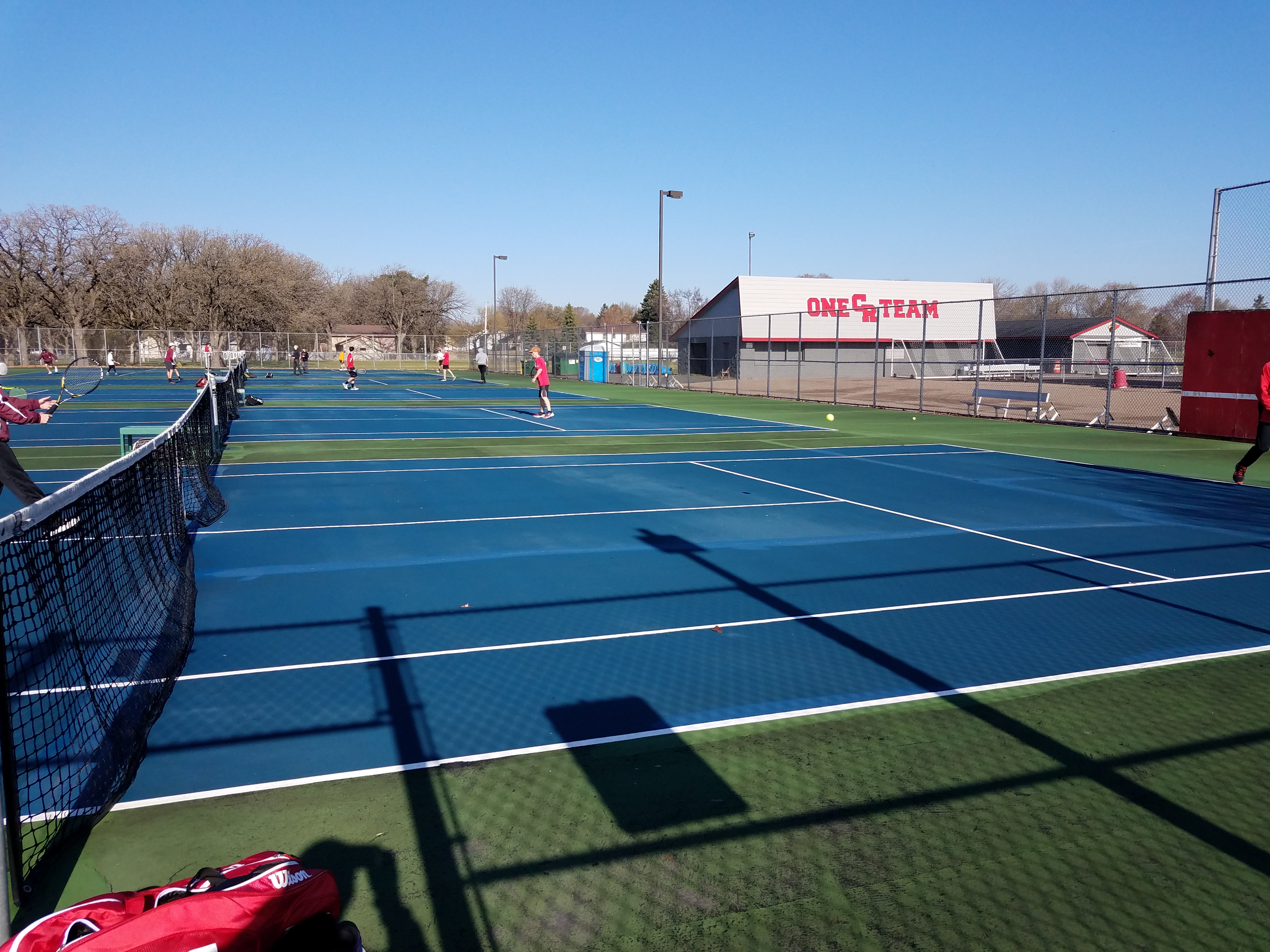 On Saturday the Vikings traveled to Coon Rapids for two section matches. The first of the day was against Forest Lake. The two teams battled so close, which made it an amazing match to watch. In Singles, Thomas Wurdemann battled very closely, winning 7-5, 7-5. Adam Shoberg battle to a close three set loss, losing the final set 4-6. John Paul Rossini also went three sets, winning the third to get the second point for North Branch. In Doubles, George Blackwell and Noah Schwartzrock had an absolute battle, going a close three sets and losing the last 5-7. Koby Chouinard played with Tanner Wilmet , and Kristjan Rustan played with Aeson Coen. Both teams also saw absolute battles, losing 4-6, 4-6. To have some many matches within a game made for a thrilling beginning of the day.