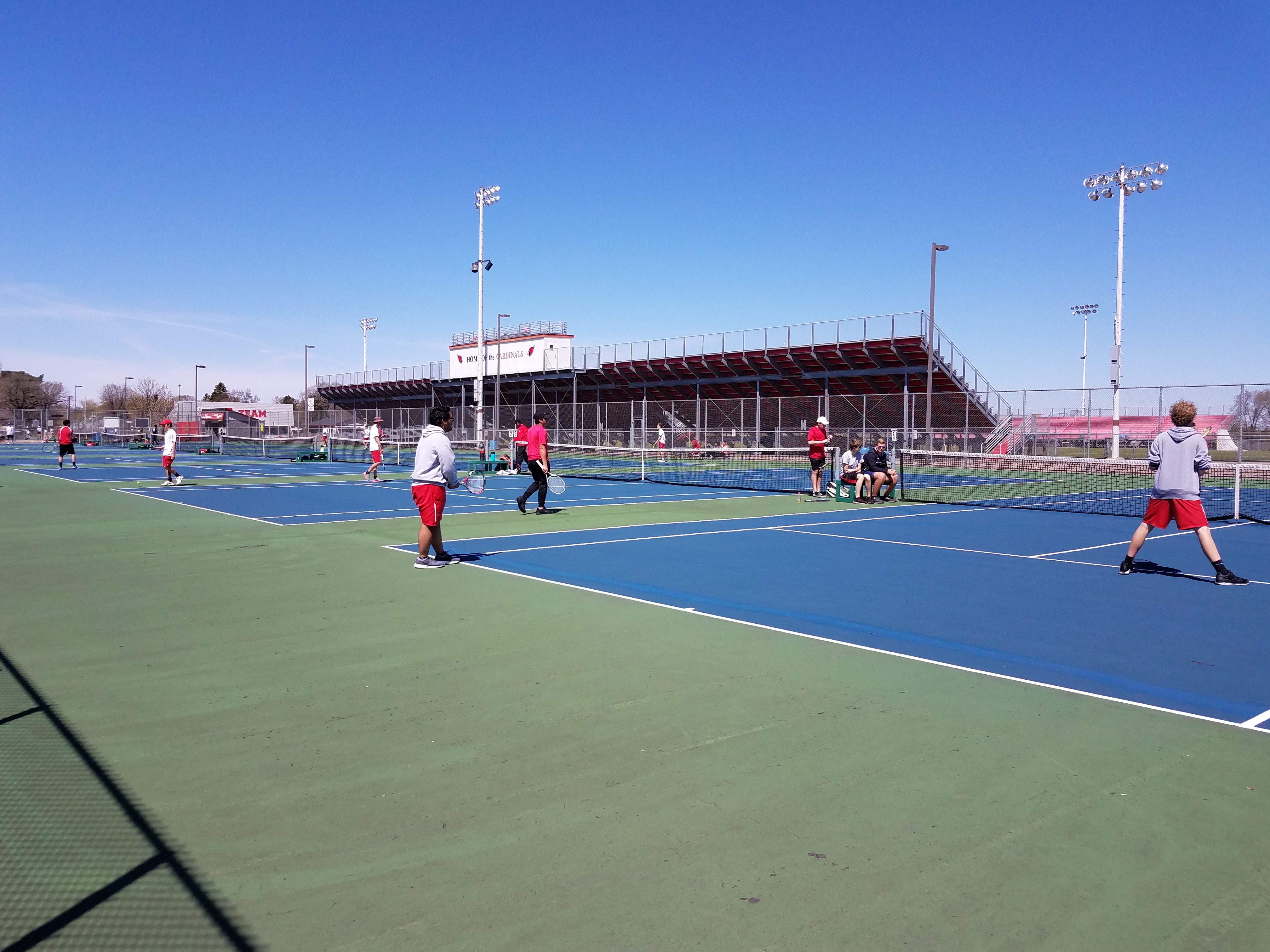 The second section team that the Vikings faced on Saturday were the Cardinals from Coon Rapids. After playing for nearly 3 hours against Forest Lake, the Vikings were in for another grudge match. In Singles, Thomas Wurdemann played a grind it out slugfest, losing his first set in a tie-break, then winning the next two to get the point. John Paul Rossini also won his match, getting the W in straight sets. In Doubles, all three points were absolute battles. George Blackwell and Noah Schwartzrock won their first set, lost the second, and then came from 1-5 down to win the third 7-5 and the match. Koby Chouinard and Tanner Wilmet also played three sets, but fell to their opponents. Aeson Coen and Kristjan Rustan played some amazing tennis, and came away with a tough it out win. They won the first set, lost the second, and had to come back from behind in the third set, push it to a tiebreak, and won 7-5 in the tiebreak to seal the match. After so many close matches against Forest Lake, this grind it out win against Coon Rapids made it such a great morning of tennis.