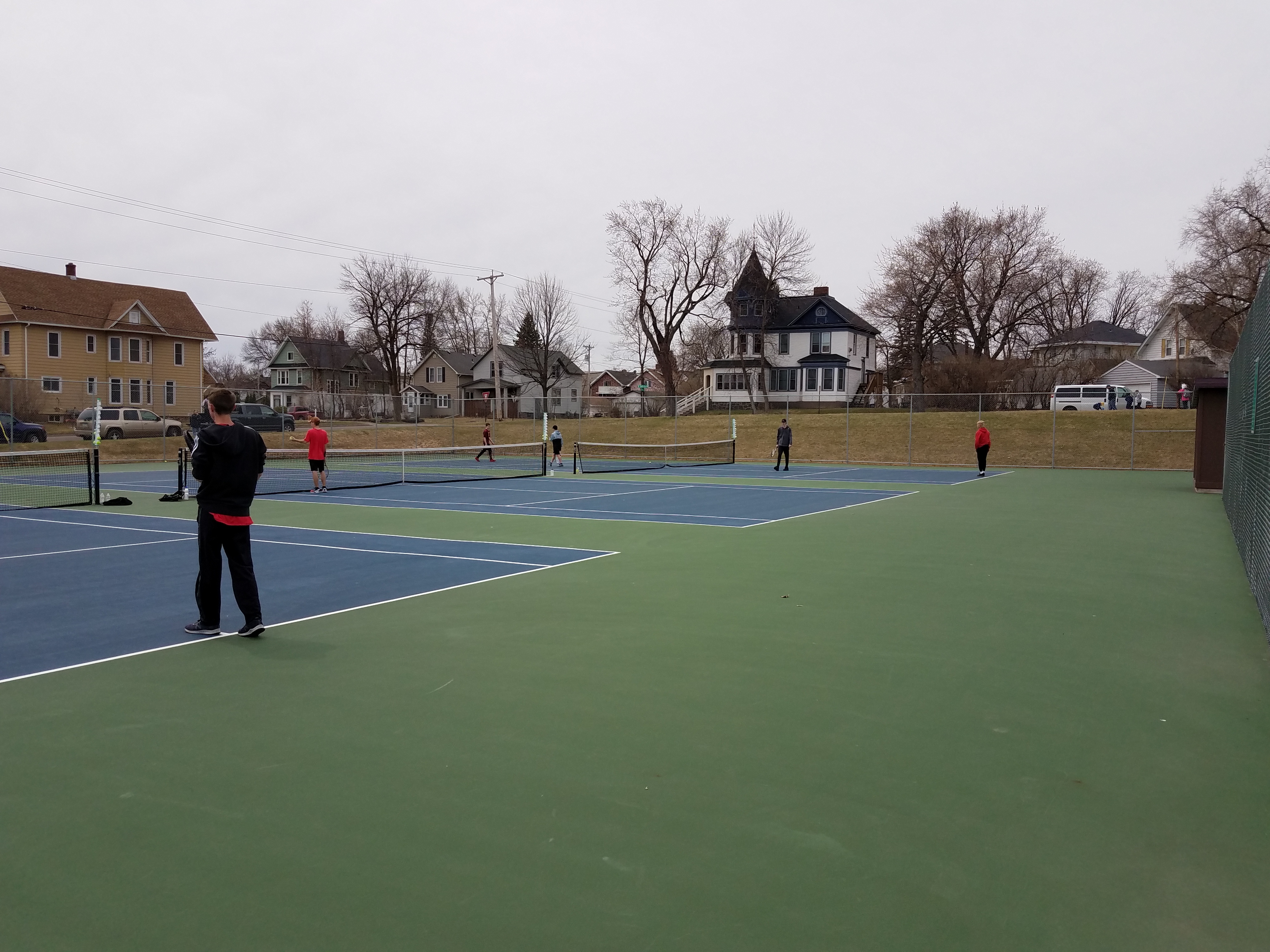 On Saturday the boys tennis team took on the Hunters of Denfeld on a nice day in the Northland. The boys played well against the young Denfeld team, defeating them 7-0. Thomas and Bradey got straight set wins in singles, both played well against opponents that pushed and kept the ball coming back. Gabe and Adam saw the same, both playing close matches that featured some great battles. Doubles saw great play, with all teams moving well and fighting aggressively. Noah and Josh, George and Tanner, and Kristjan and Koby all were able to get the W’s in straight sets.