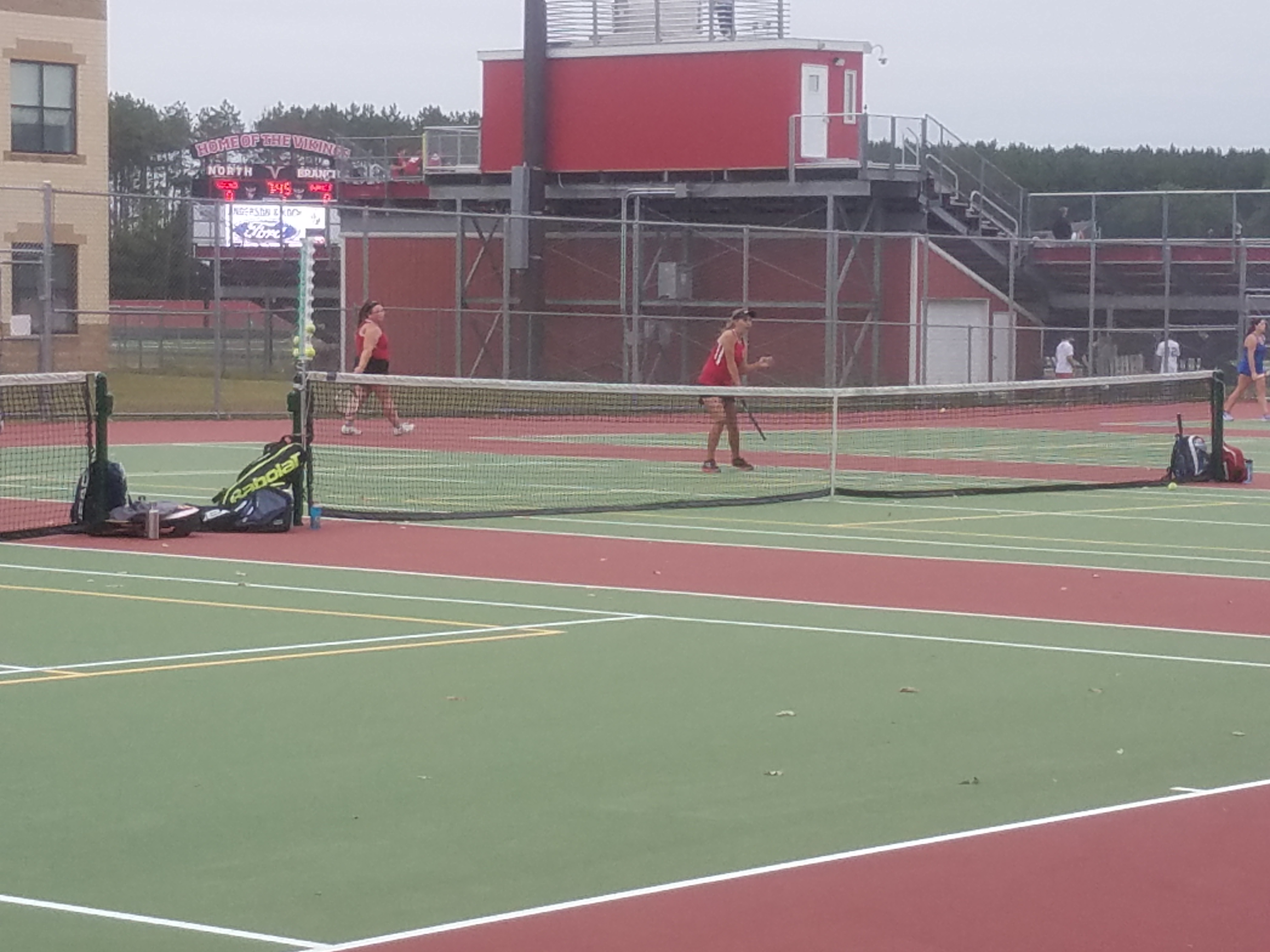 On a beautiful early fall day the Vikes carried on their homestand against the Bluejackets of Cambridge-Isanti. The neighbors to the west usually have a strong squad, and today they came with another group that pushed the Vikes to find opportunities to score. The Vikes responded in kind however, and a great tennis battle ensued. Even though North Branch came out on the short end 1-6, there were so many great matches out there that it was a great day for both teams. In Singles, Miaya and Katelyn battled at 3 and 4, grinding out points and holding great long rallies. Both came close, but ended losing in straight sets. In Doubles, Sophie and Hollie came out on top in a close battle. They lost the first set 0-6, but came back to win the next two 6-4, 6-4 in a great match. Rachel and Hailey stumbled a bit in their first set at 2nd, but played great tennis the second, losing a close 4-6. At 3rd, Deb and Justine played an amazingly close match. They got down the first set, but pushed it to a tie-break, losing 9-11. The second set was nearly as close, where they lost 4-6. Sophie and Carrie won in exhibition in straight sets, playing some great doubles points. Overall, we came away from the match smiling, knowing we pushed a great team to up their game.