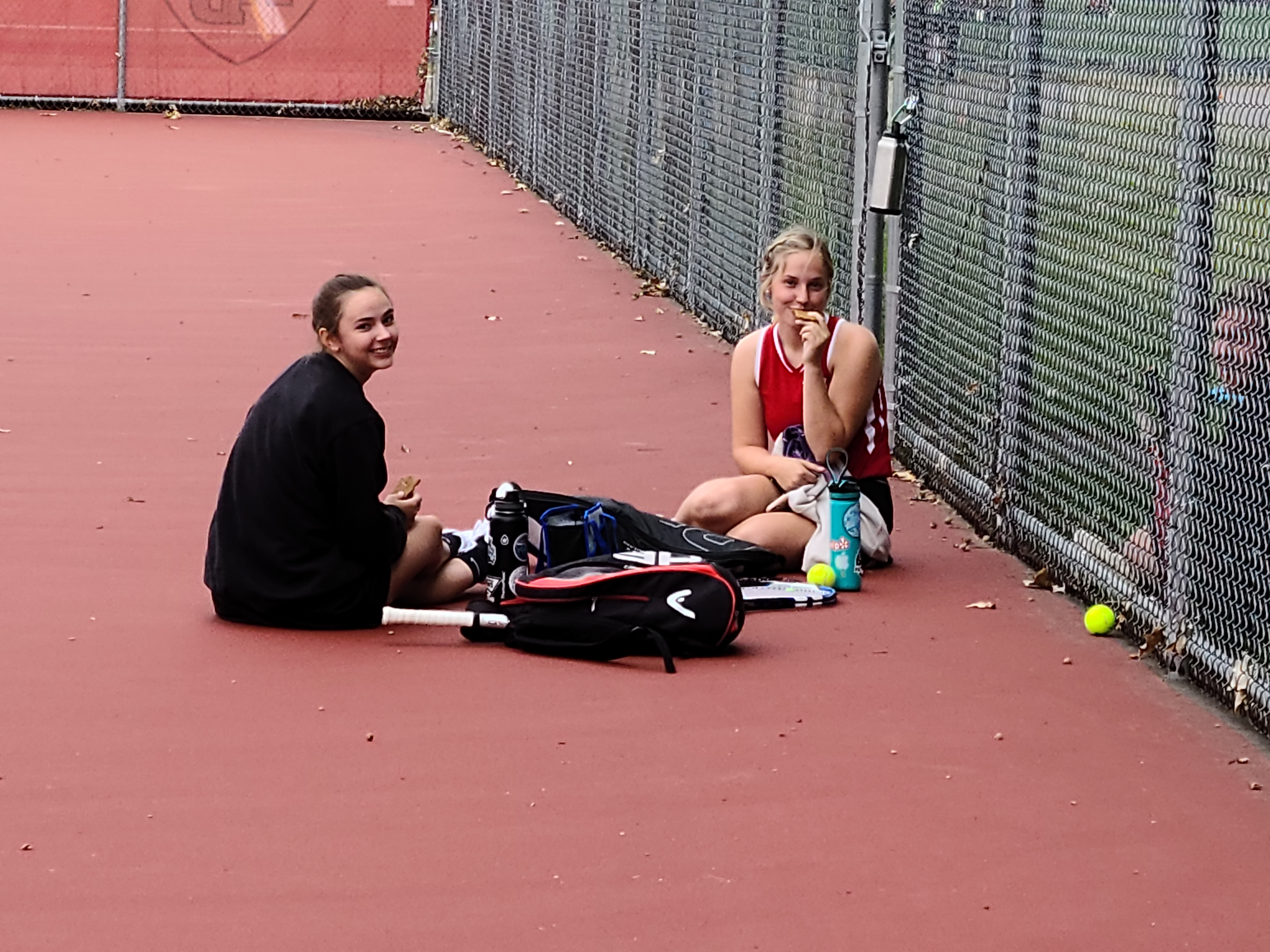 The Girls tennis team opened the regular season with a close win vs. the Saints of St. Francis. These two teams have been meeting for a long time, and both teams enjoy the close competition and sportsmanship. This year the Vikes came out ahead, but close action was to be found on all 8 courts. In singles, Chloe and Miaya won at 1st and 2nd. Chloe won in straight sets, playing a tactical match that showed off her ability to mix up her shots. Miaya took three sets to get the victory, with both opponents slicing their way through the points in a battle of attrition. Justine won her first set, but then was caught in the wind and ended up losing in three sets. Doubles played well on the day. Hollie and Sophie won in straight sets at first, playing well by mixing up groundstrokes with some fine net play. Rachel and Hallie also won in straight sets at second. Their match was a battle of groundstrokes, with occasional flurishes at the net. Third doubles saw Carrie and Sophia play in a tough match, losing their first set close, and pushing the second to a close loss in a tiebreak. Overall the day it was a great way to start the season.