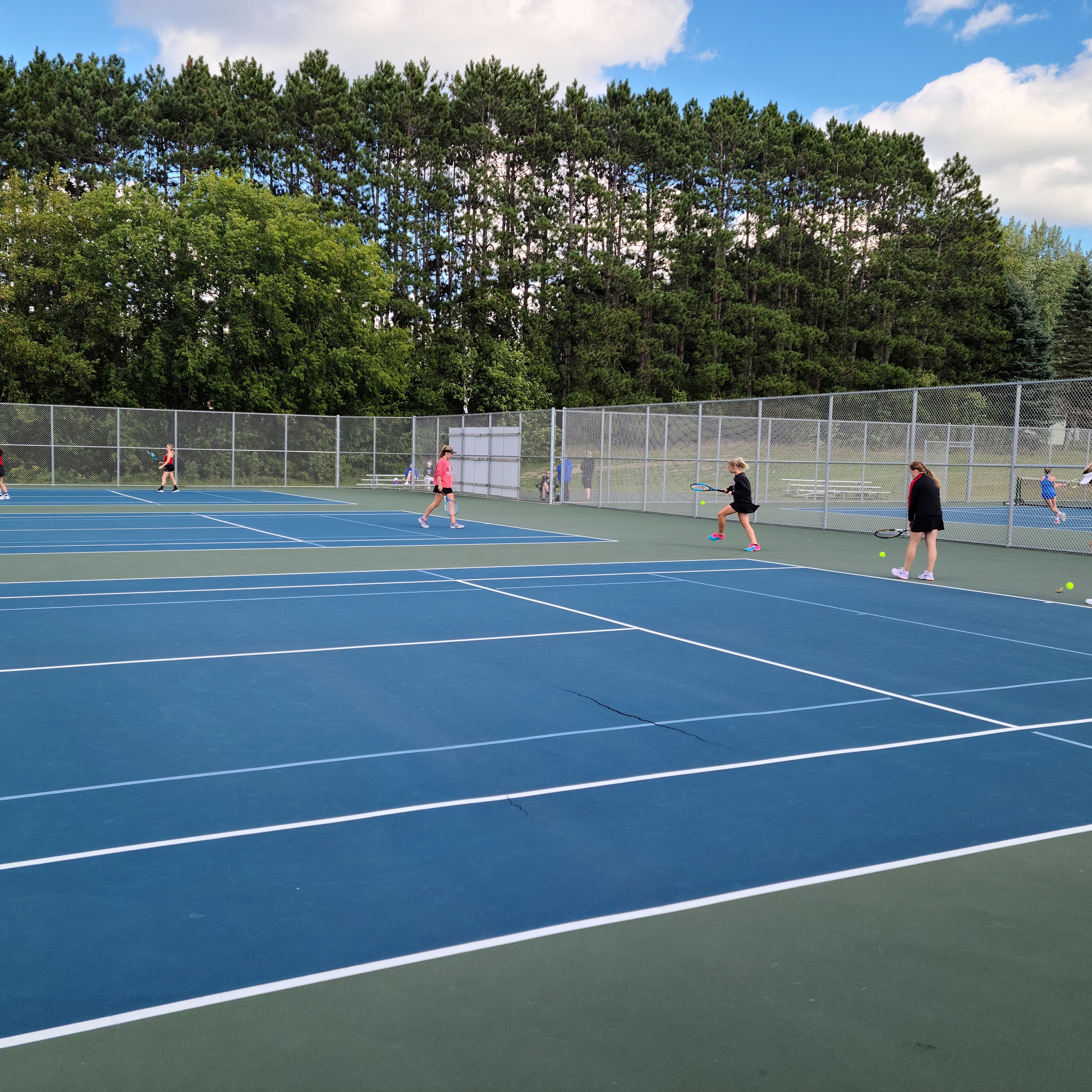 For their second match of the season, the Vikes traveled to Cambridge-Isanti to take on the Blue Jackets. On a windswept day, the Vikes saw some great tennis and improved on their performance from last year against the Blue Jackets. Chloe fought a great match at first singles, losing her first set, but coming back and battling to win the second. The third set swung away from her though, as she lost the set and the match. Cambridge has a very strong singles line-up, and Miaya, Gemma and Justine all lost in straight sets. Doubles was the high point again for the Vikes. Sophie and Hollie won in straight sets at first, with some absolutely blistering net play. Rachel and Hailey won at second doubles with smart play, looking for and taking advantage of their opportunities. Sophia and Carrie played well at third doubles, battling in a close first set before getting caught up in the second. Overall, the Vikes came away from the match ready to fight for the rematch and looking forward to the next week of matches.