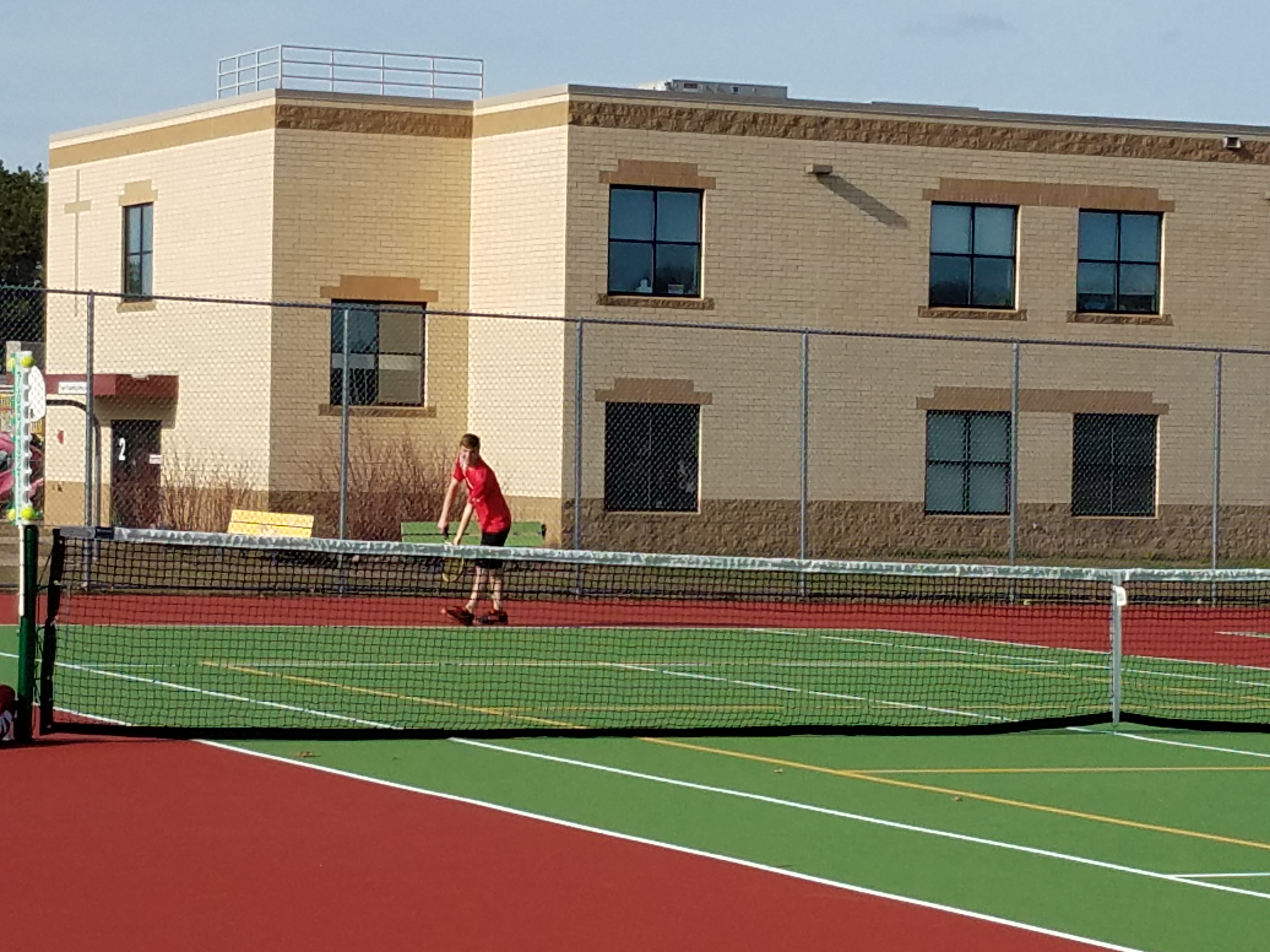 The Vikings boys tennis team took on STMA on Tuesday. On a beautiful day for tennis, the fights up and down the courts were pretty fierce. At the end of the day, the Vikes fell 2-5. Wins went to Bradey Swanson in singles, who came back after a first set loss to win in a close three set battle. In doubles, Gabe Zderad and Noah Schwartzrock played tough and won in straight sets. Close matches were played by Koby Chouinard and Kristjan Rustan, who ended up losing in three sets, and John Paul Rossini, who ending up coming within a point of pushing a third set in his match, but fell just short. It was great to play tough against a perennially strong opponent.